Wednesday 22 August will certainly be an appointment to remember in the annals of the Greek Theater of Taormina: at 9.30 pm, in fact, some of the greatest artists of world renown will converge in the ancient cavea of ​​the city of the centaur to remember one of the most loved and famous tenors in history Giuseppe Di Stefano, our great fellow citizen in the Catania hinterland, on the tenth anniversary of his death.

Pippo Di Stefano, a native of Motta Sant’Anastasia, was the historical partner of another legendary figure of the opera house, the American soprano of Greek national Italian origin, Maria Callas, with whom she created evenings that remained forever impressed in the history of opera house for the achievement of an Attic beauty never equaled. This is the rich parterre, for the first time in Taormina, of extraordinary artists who will be awarded during the evening: Raffaella Angeletti, Ezio Bosso, Giovanna Casolla, Fiorenza Cossotto, Maria Dragoni, Elisabetta Fiorillo, Renato Francesconi, Cecilia Gasdia, Nicola Martinucci, Alberto Mastromarino, Rudy Park, Giuseppina Piunti, Ramona Tullumani and the Chamber Opera in Warsaw for the “Armide” Opera.

On the same evening, the Special Opera d’Oro Award of the International Opera Awards (the Oscars of the text) will be awarded to Giuseppe Di Stefano: an event in the event, anticipation of the 2018 edition of the most prestigious prize to the protagonists of world opera, created by Alfredo Troisi. They wanted to make their presence felt in all the most important institutions, through patronage, medals and awards. Also sponsored by the Union of Municipalities of Lombarda in Valletta (associated municipalities: the Brianza valley and Santa Maria Hoè), the Municipality of Motta Santa Anastasia, RAI, the Warsaw Chamber Opera, the Verona Foundation for the ‘Arena with the Opera Oscar. To embellish the celebrations for the tenth anniversary of the death of the great tenor of the city, will be the magnificent sculptures that the talented artist Turi Azzolina, created above all as a prize for the event.

In the second part of the evening, the touching music of Cavalleria Rusticana will thrill the audience, through the voices of some of the greatest performers of the mascagni jewel with a prestigious cast that sees Giovanna Casolla lined up in the role of Santuzza, Rudy Parck as Turiddu, Alberto Mastromarino (Afio), Elisabetta Fiorillo (Lucia) and Giuseppina in the role of Lola. To accompany the cast there are two artistic complexes of absolute international value, which return from the recording of -Stabat Mater- by Gioacchino Rossini for the important magazine “Amadeus”: the Calabria Philharmonic Orchestra and the Sicily Lyrical Choir which will celebrate the 10 years of artistic career.

The evening will be presented by Enrico Stinchelli, former creator and presenter of -La Barcaccia-, broadcast by Rai Radio 3 who has been involved in the work for years and will dedicate a great special to the event. Video Mapping and Choreography will be curated by Claudio Mantegna, lighting design Lorenzo Tropea. The evening will be attended by the dancer Andrea Mazzurco and the Piccolo Coro D.B. City of Taormina, directed by Ivan Lo Giudice. The concert director and principal conductor will be Amos Talmon, the maestro di cappella Francesco Costa. Production manager Alberto Munafò Siragusa. As evidence of the international echo of the event, the evening will be filmed and broadcast by the Polish state television TVP. 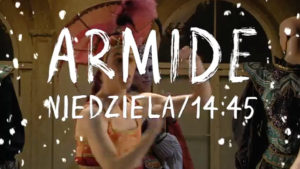 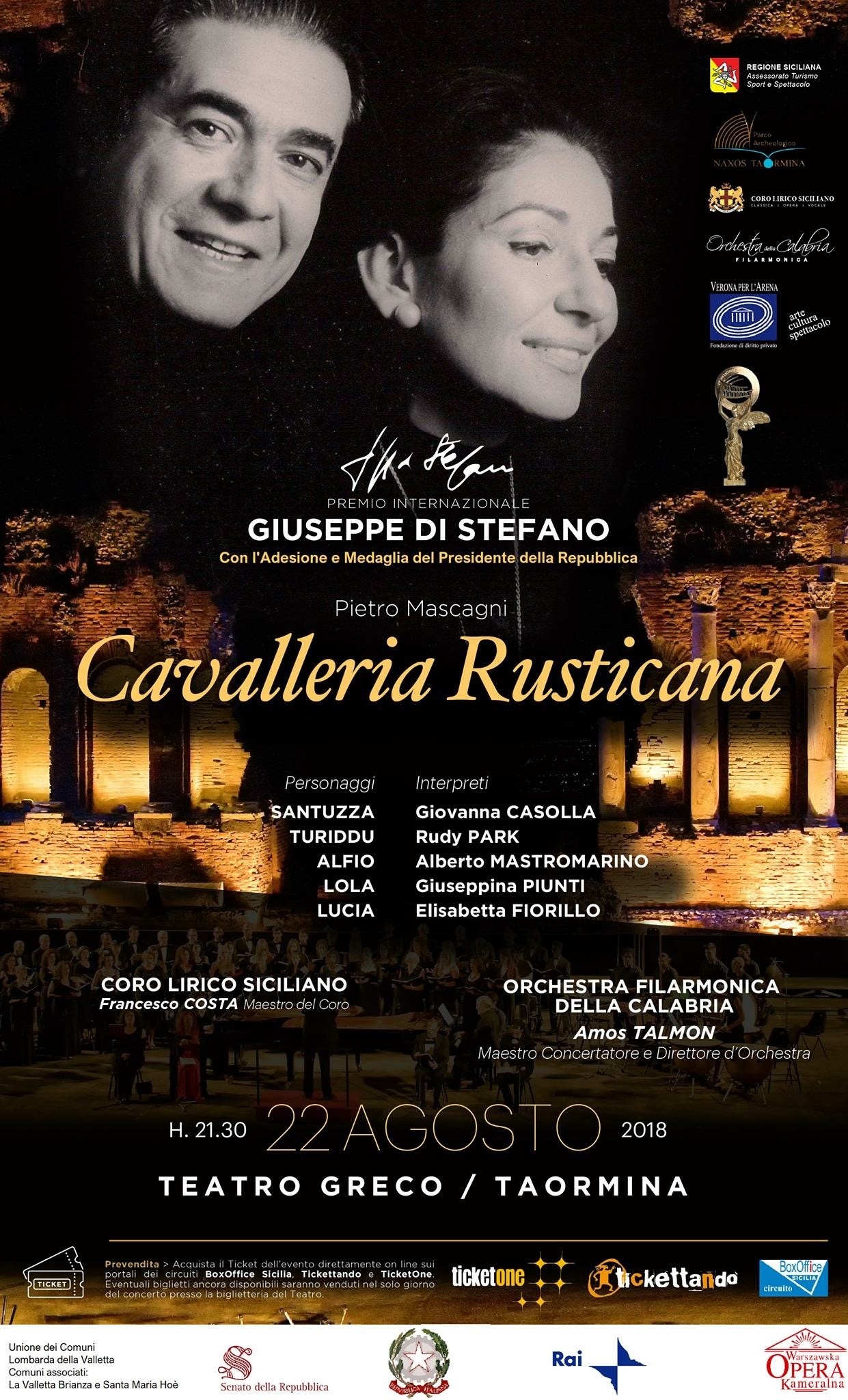 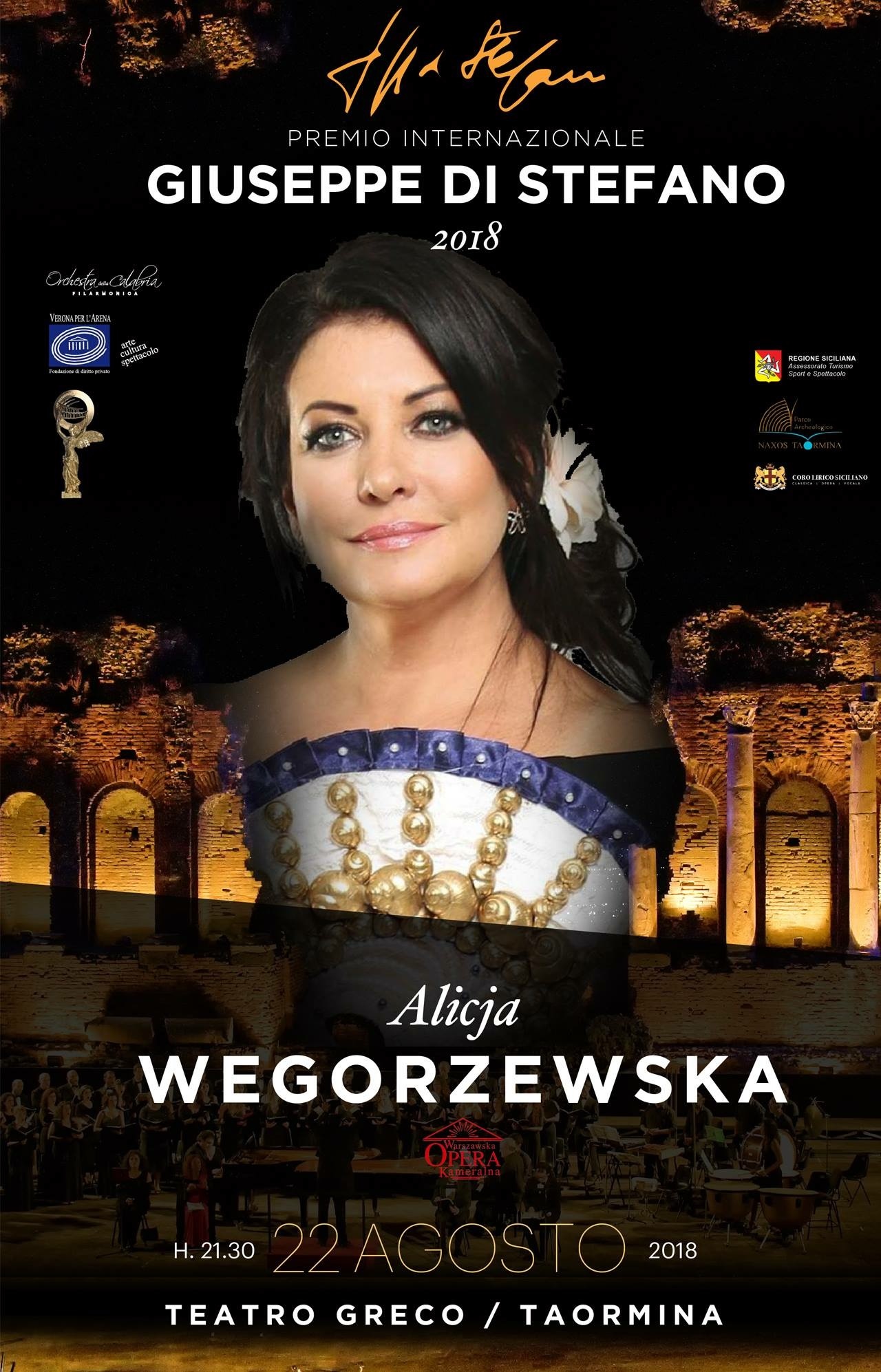 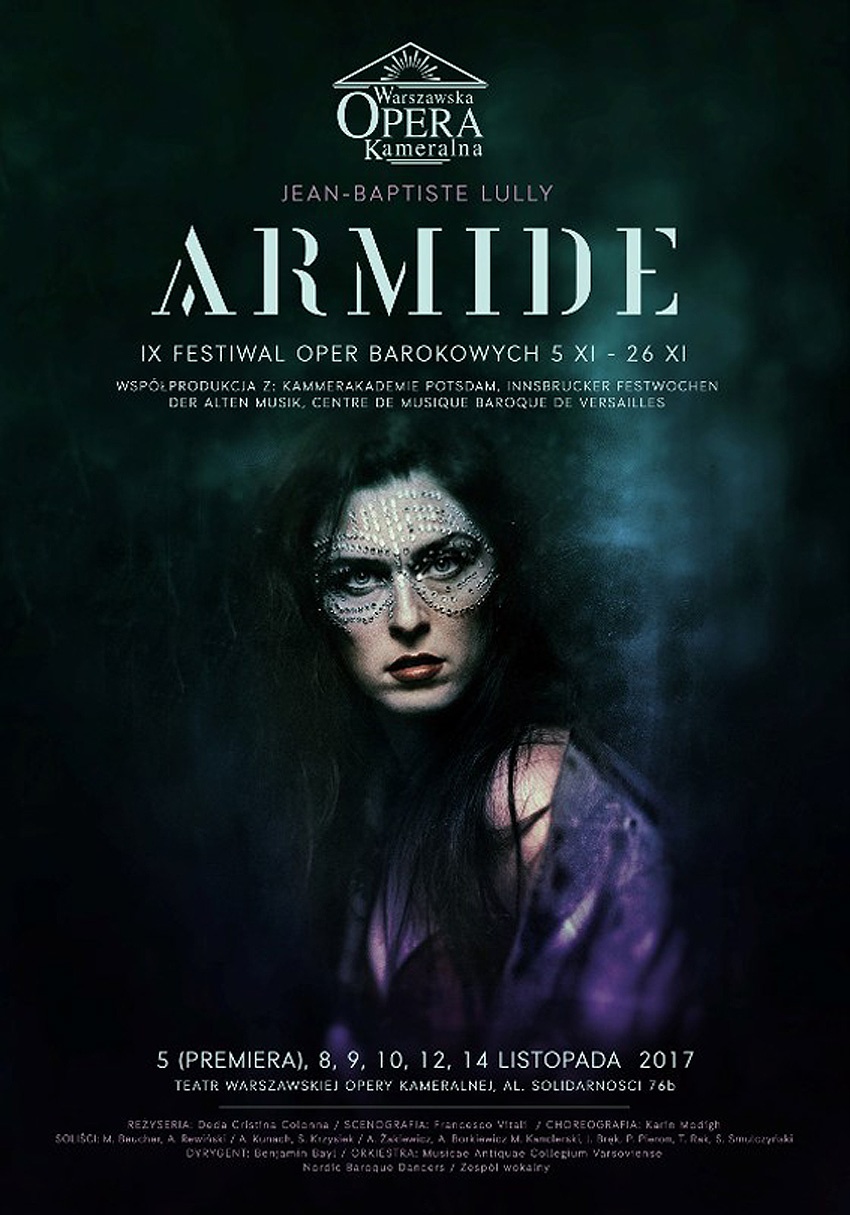 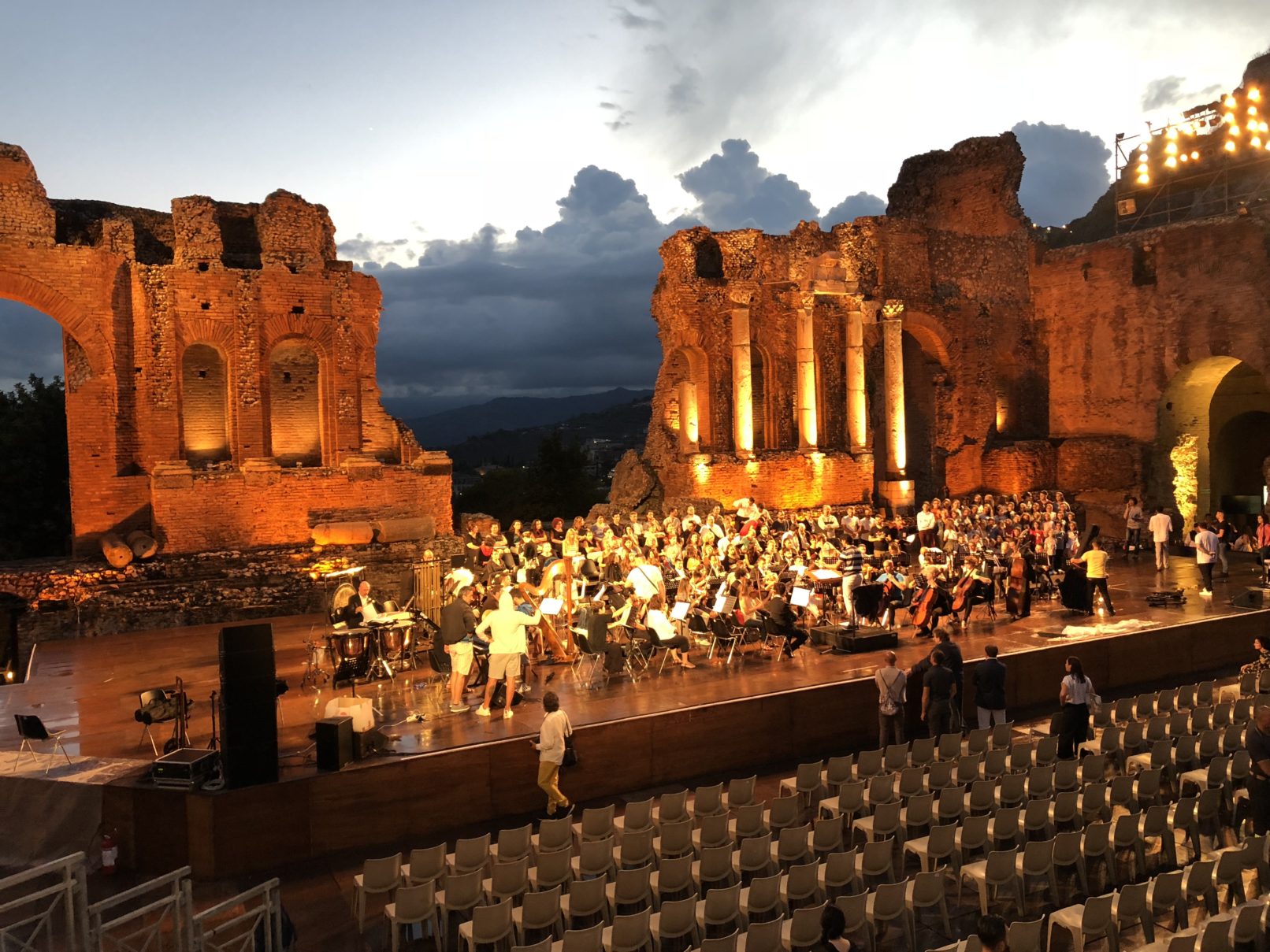 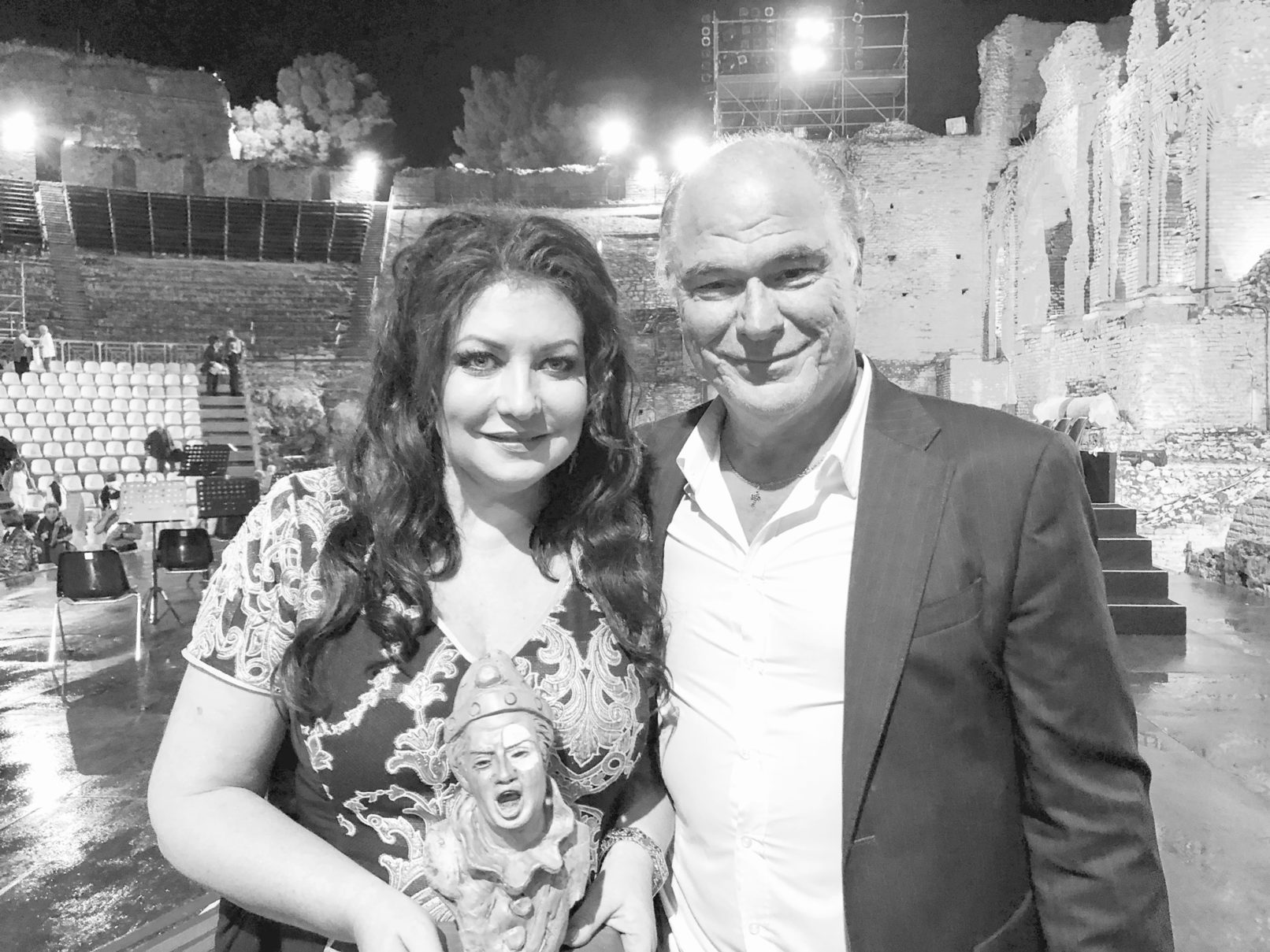 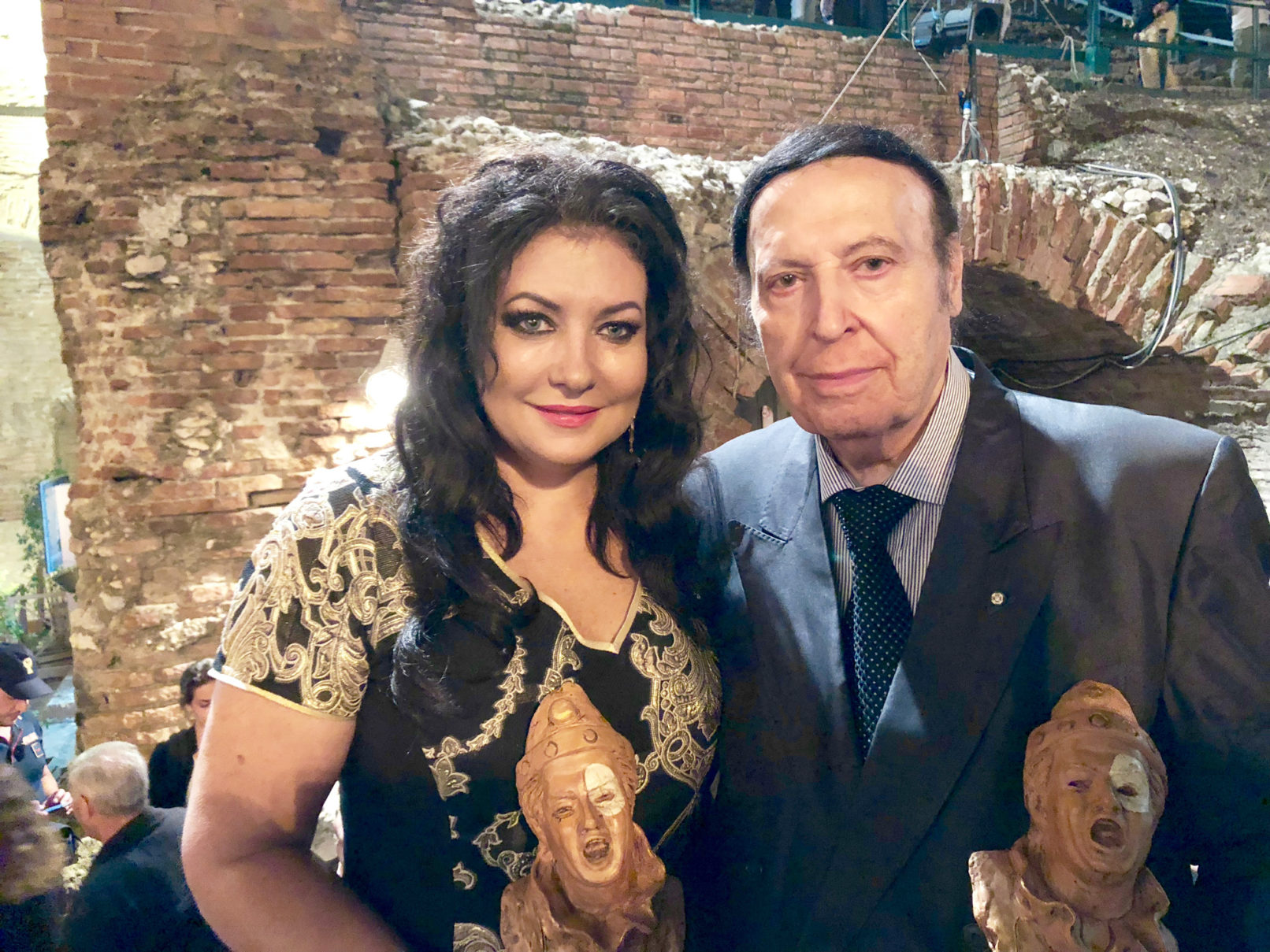 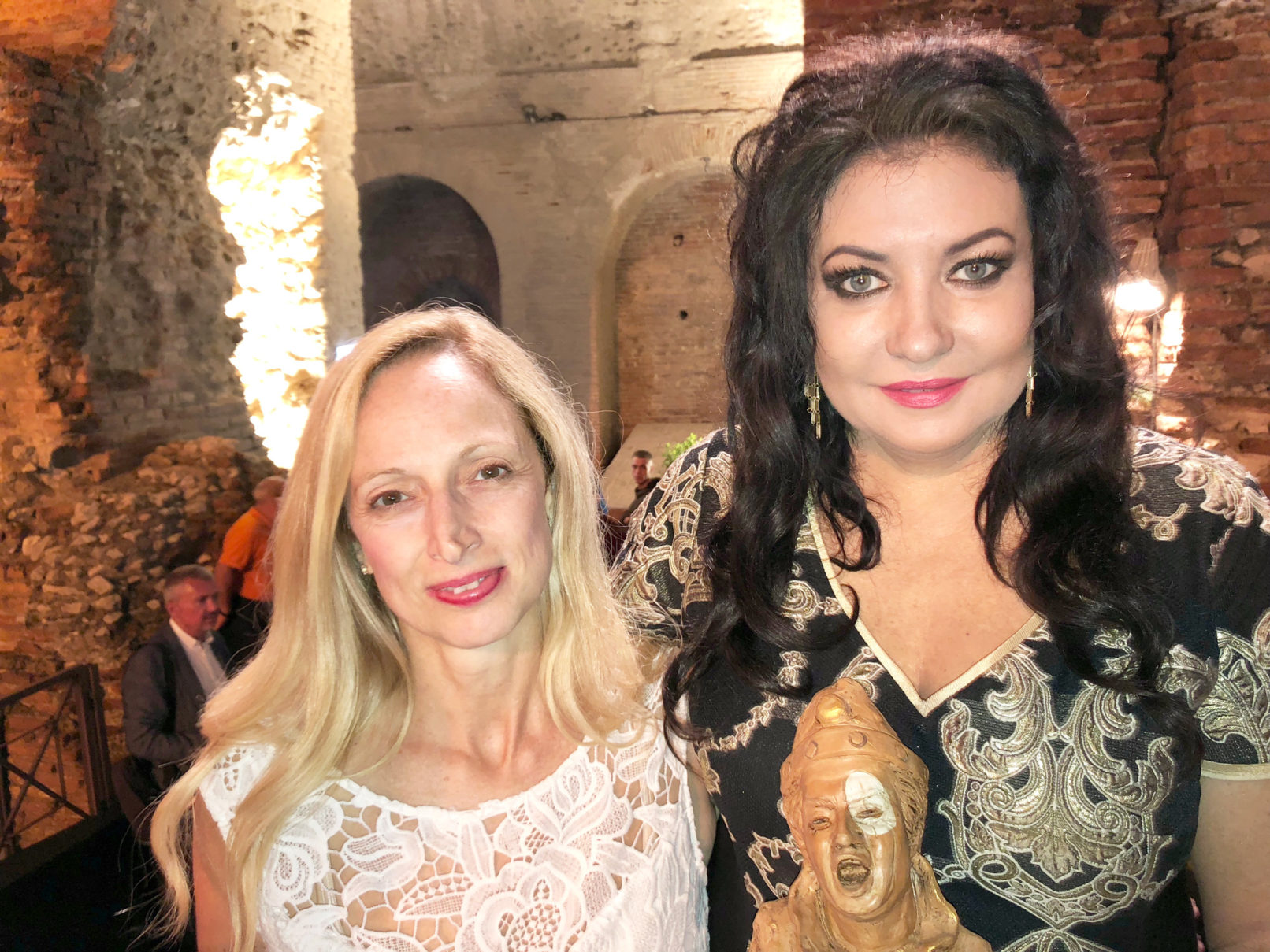 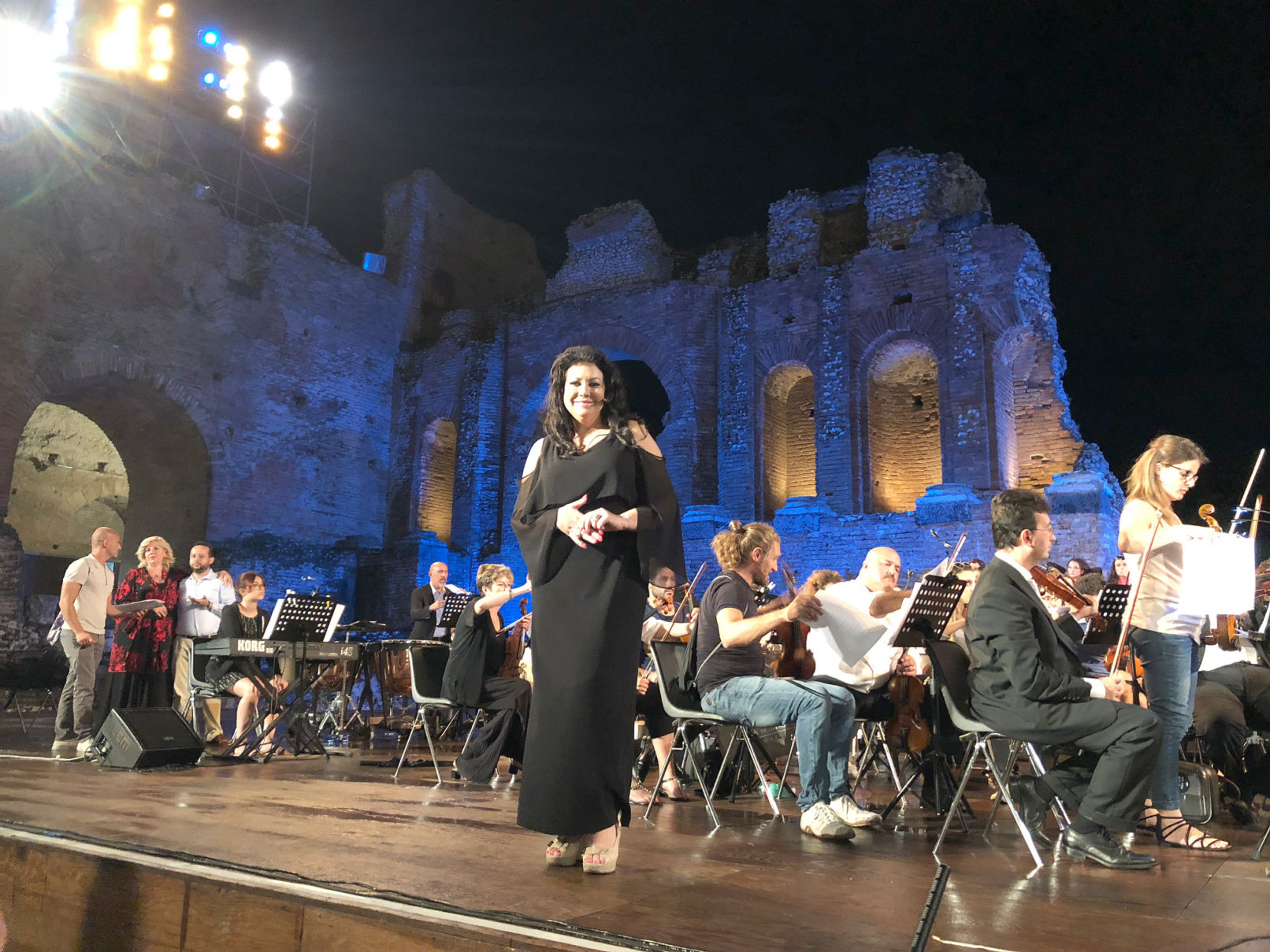 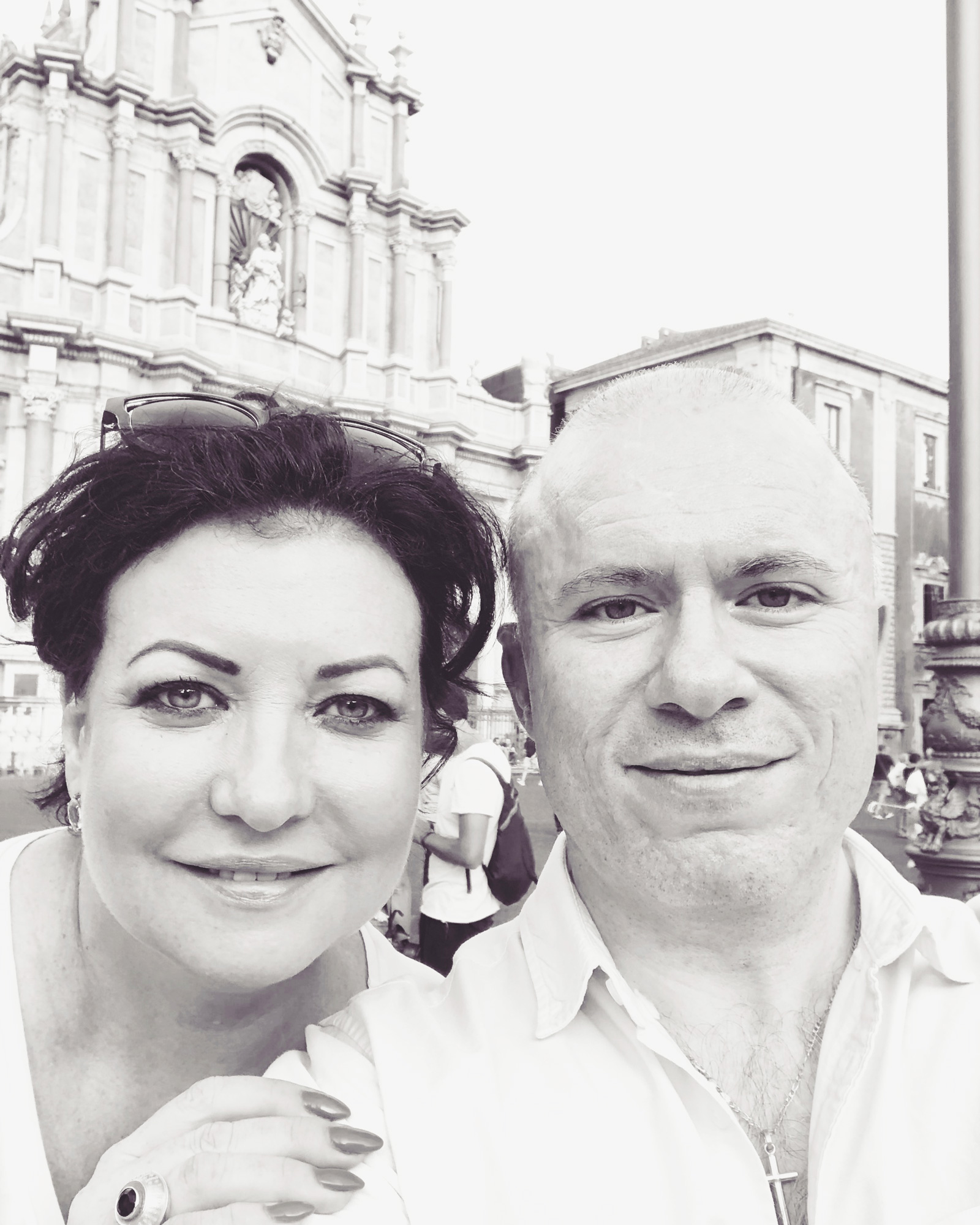 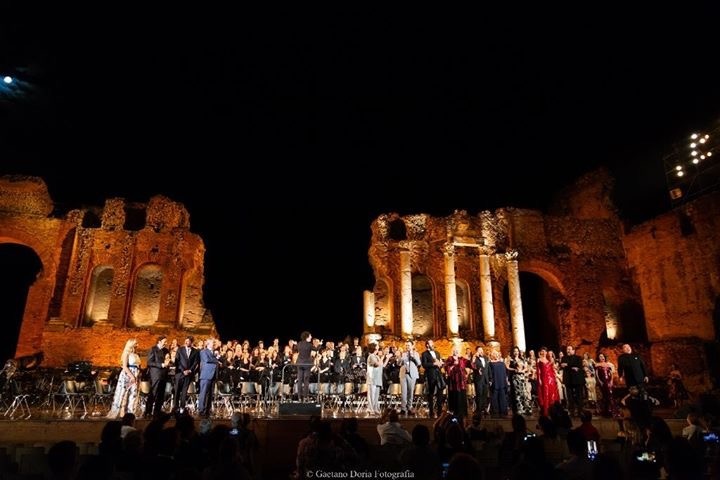 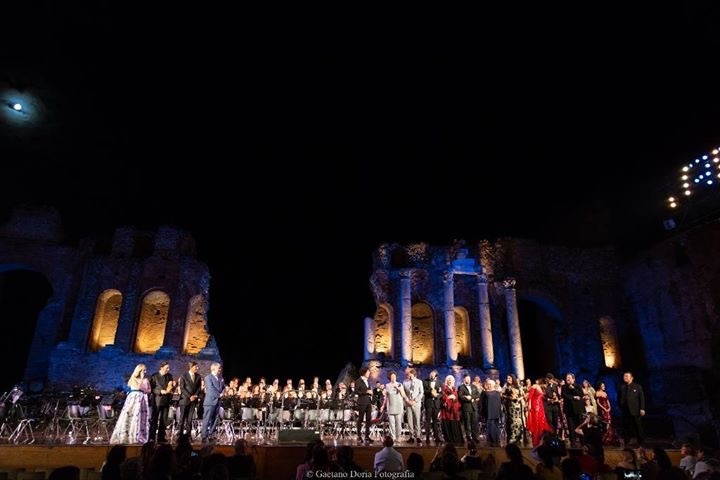 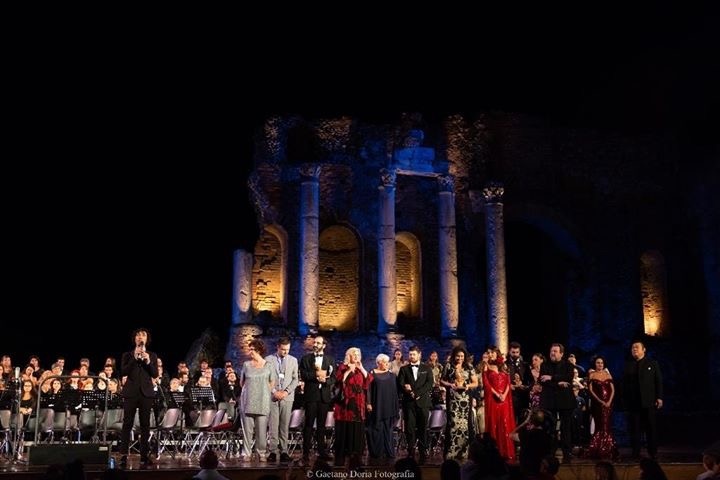 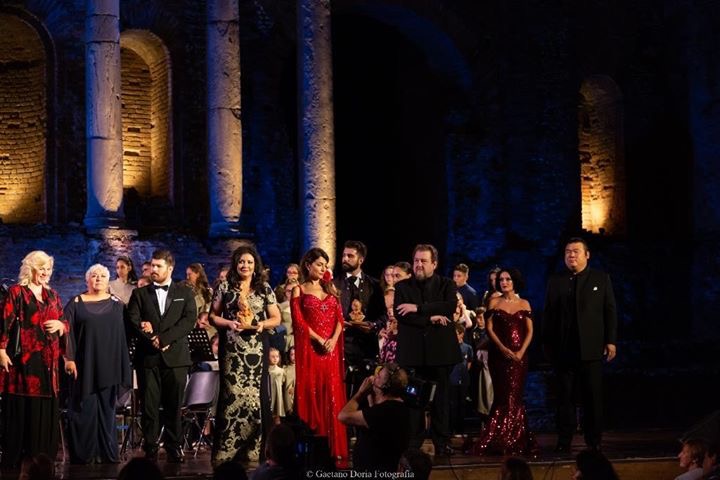 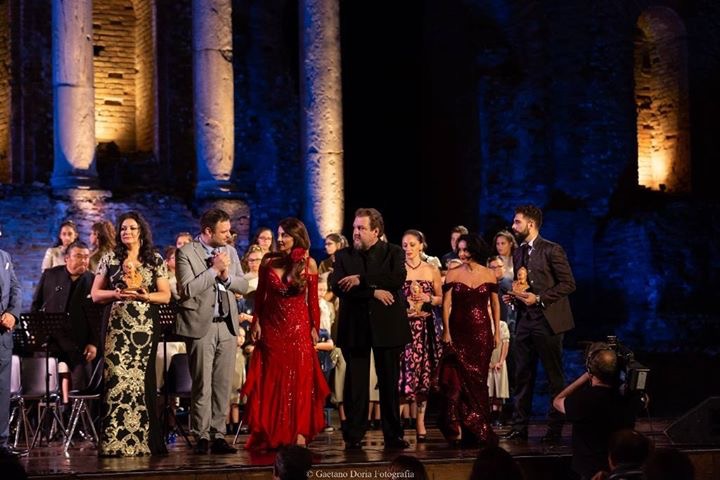 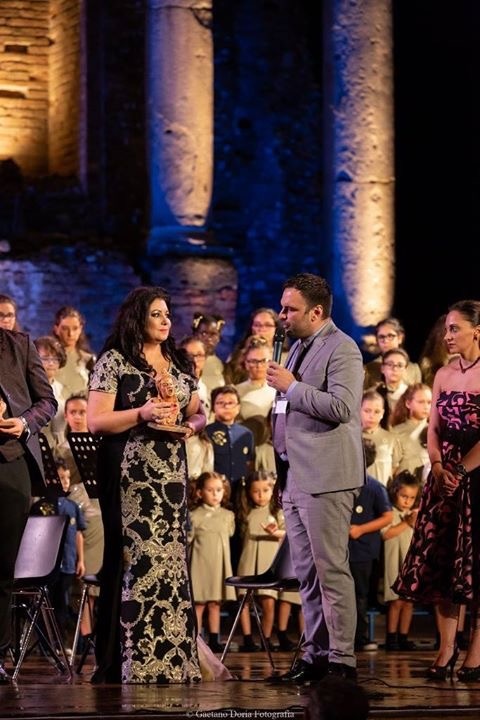 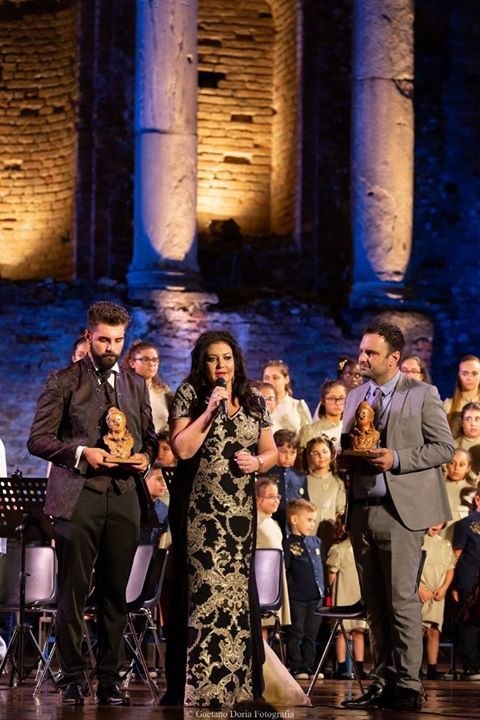 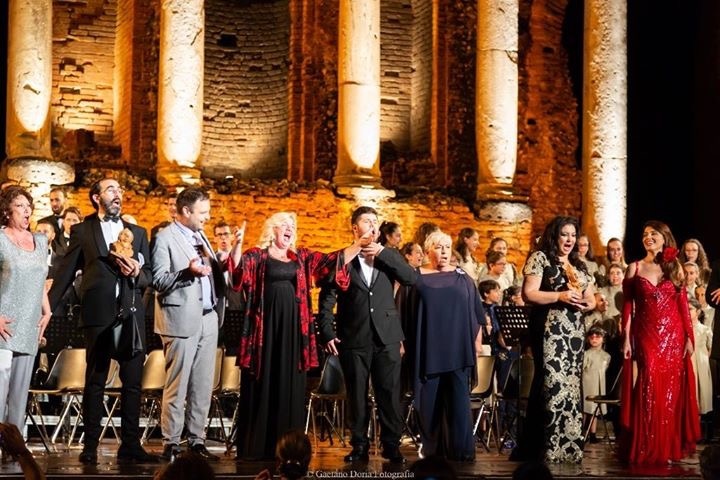 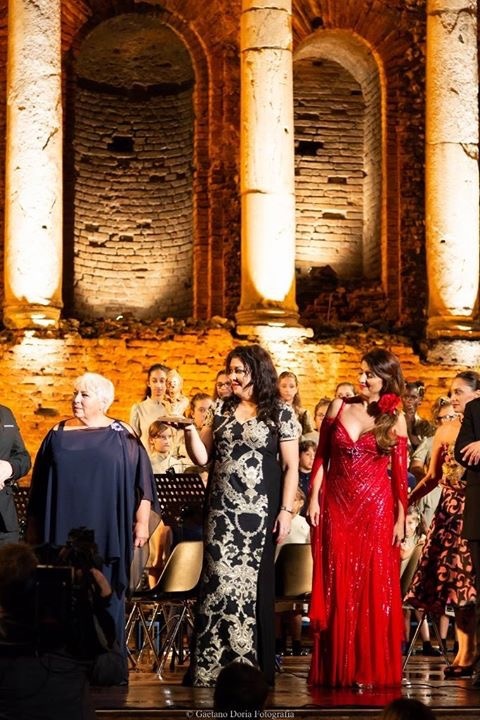 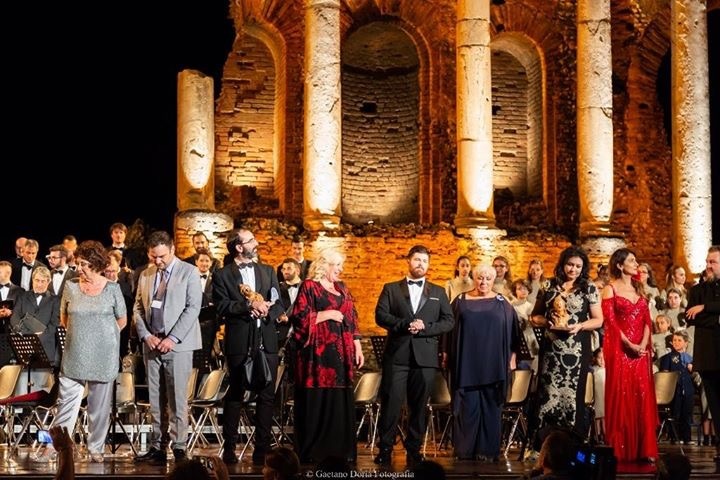 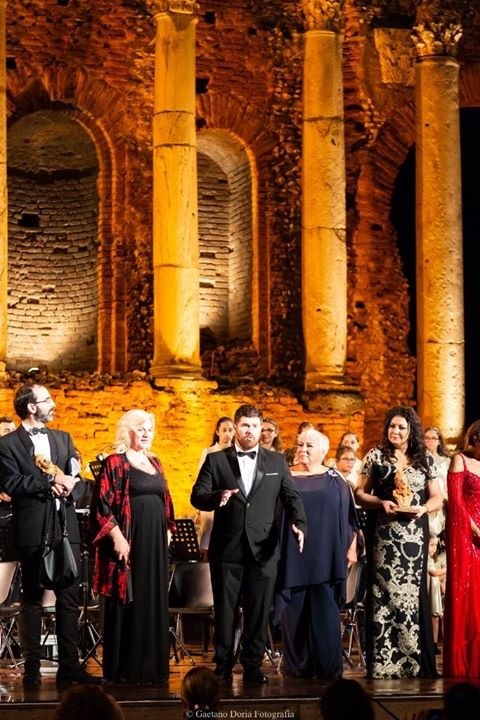