One of the objectives of the Superior Art Institute of Colón Theater is to incorporate pedagogical experiences that position students as the best artists in Argentina. For this reason, academic projects are planned on specific jobs in order to broaden knowledge in each of the disciplines. After last year’s excellent experience with Jean-Philippe Rameau’s “Las Indias galantes”, the academic project that closes 2019 returns to deepen the study of Baroque interpretation from one of the emblematic French repertoire works: the tragedy lyric “Armide” (1686) by Jean-Baptiste Lully. To achieve this, the exchange and international connection of the ISATC with the Center de musique baroque de Versailles (CMBV) is reaffirmed, which, through a co-production agreement, not only provided stylistic advice on the work, but also made available of the ISATC, replication tools of the originals used in the court of Louis XIV. They were transferred in June with a special expedition, thanks to the precious help of the French institute and the French embassy in Argentina. The students of the ISATC Orchestral Academy, studying the new specialization in Baroque opera, have studied these instruments since then and deepening in the Baroque musical theater the Baroque ensemble that acts in these functions. Furthermore, thanks to an agreement with the Pôle Supérieur d’Enseignement Artistique Paris-Boulogne-Billancourt (PSPBB), two students of the Institute traveled to France at the end of last September to improve their skills with the master Benjamin Chénier in the practice of dessus and ‘high contre. Furthermore, these representations mark a milestone in the history of ISATC as they were the first activities carried out by the new departments of Performing Arts: Scenography and theatrical costumes. The students applied their knowledge, led by prestigious masters, for the realization of the scenography and costumes for the production. This is complemented by the experience and excellence of the artistic and exhibition areas, both at the Teatro Colón and at the Centro Culturale 25 de Mayo, after Mozart’s “La fina giardiniera” in May and ” Formas in pulvere” di Martín Matalón” in August – both achievements – hosted in the CETC room, these Armida functions at the Centro Culturale 25 de Mayo, are the culmination of the ISATC academic season of 2019, which expands the training of students and shows tomorrow’s talents to a new audience. 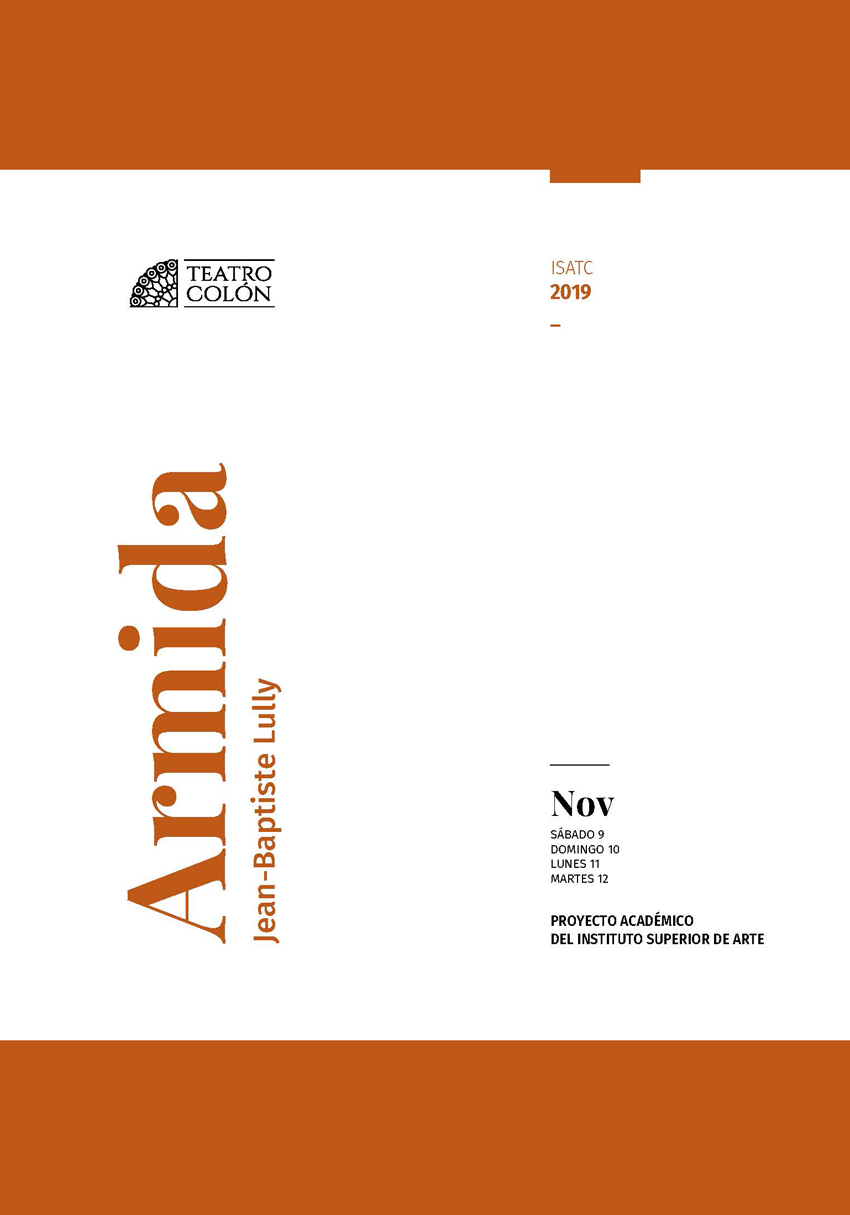 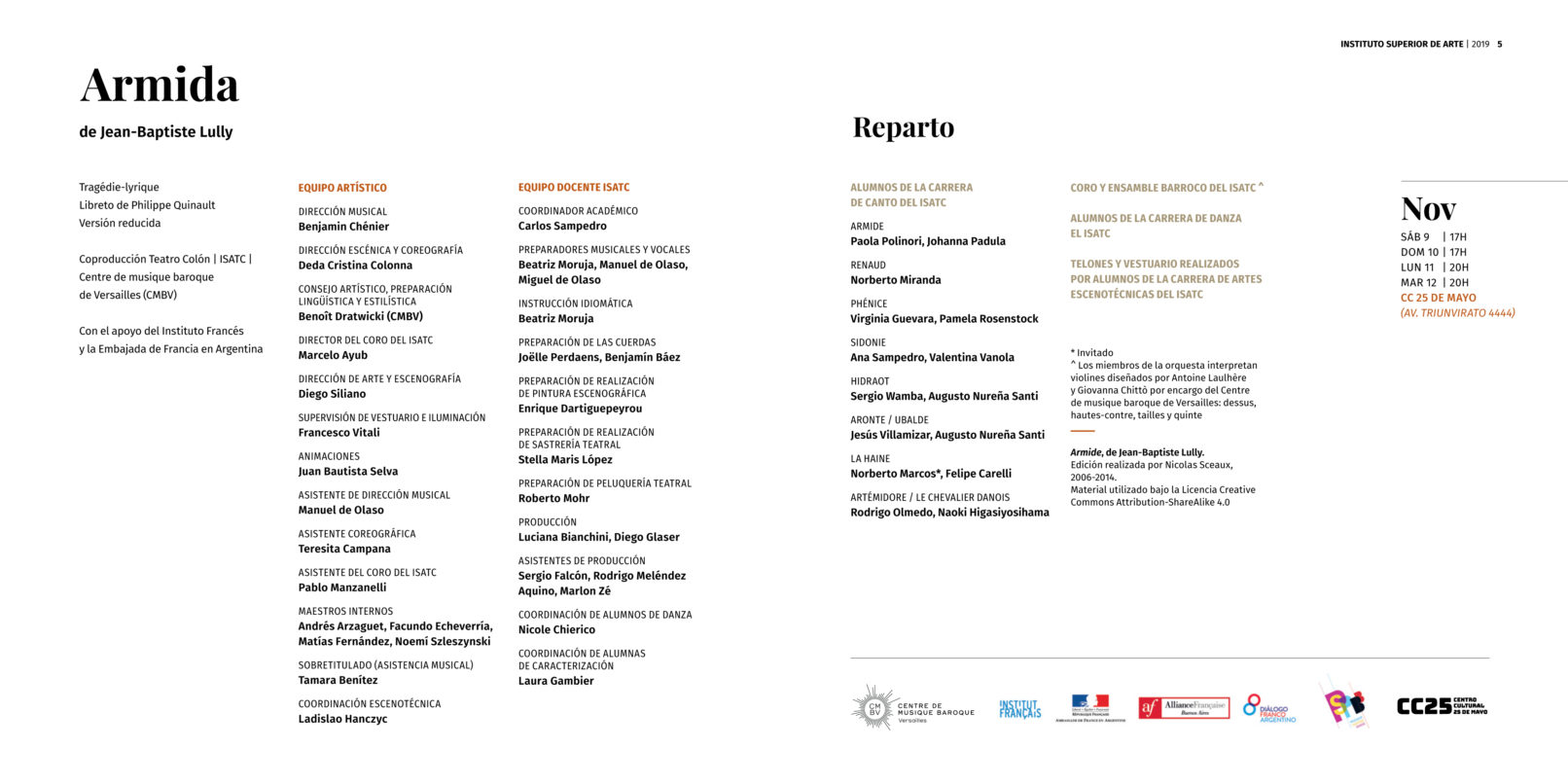 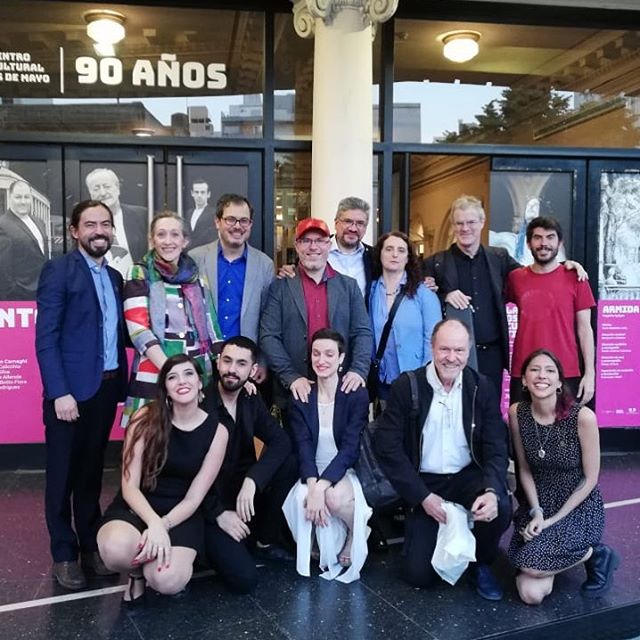 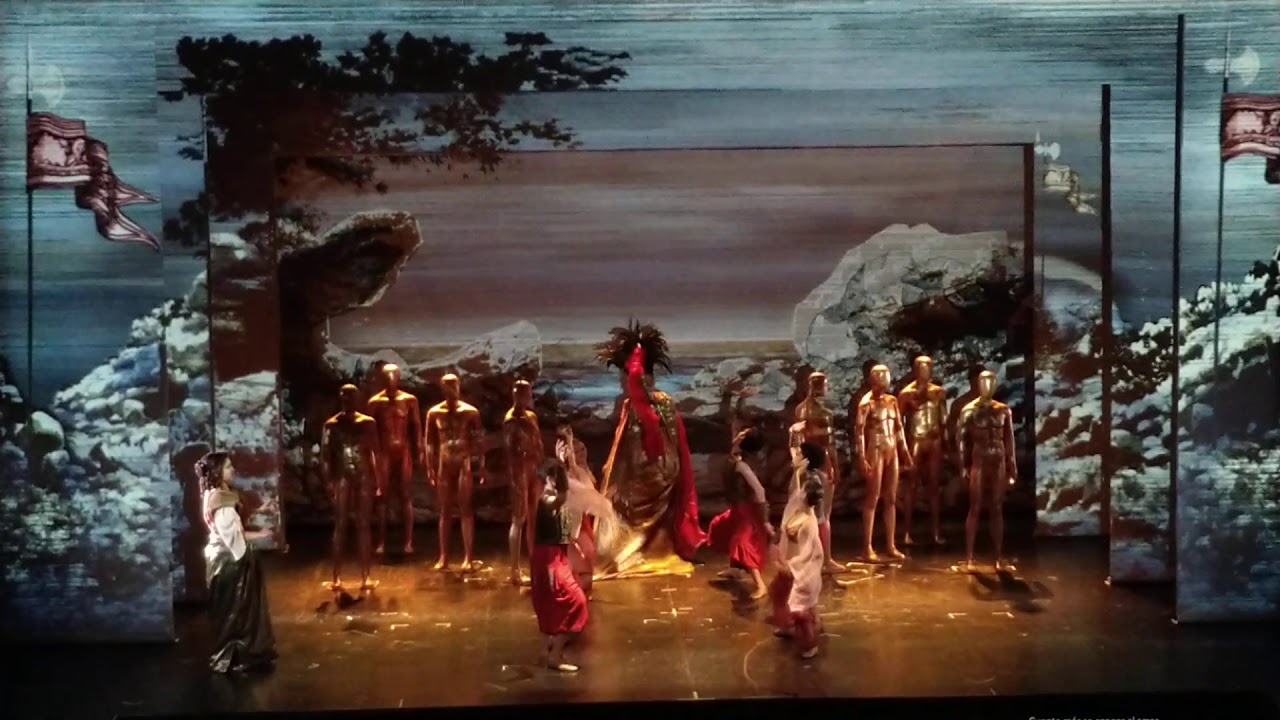 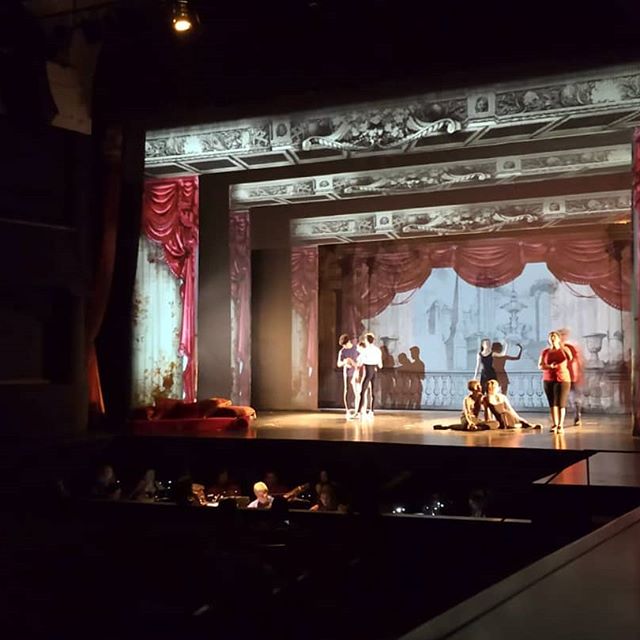 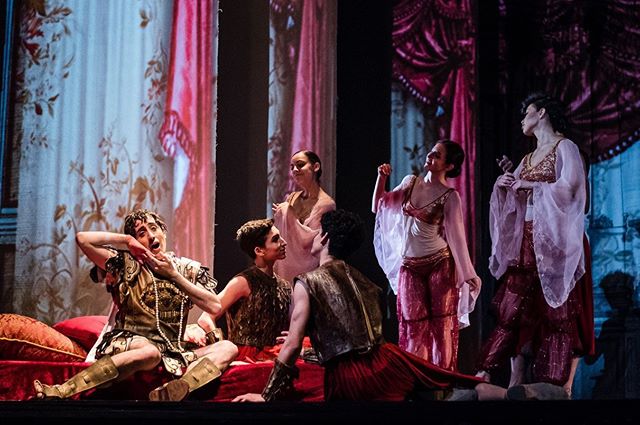